X
Back to the top
X

Why Vape Instead of Smoking? 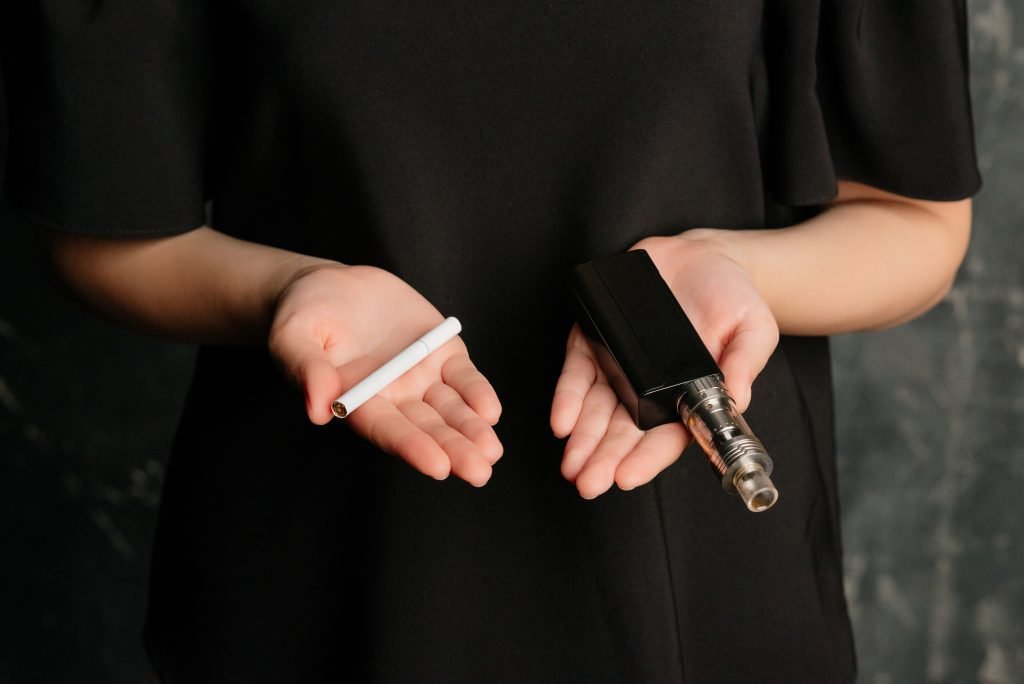 2 years ago3 months ago

The introduction of e-cigarettes or vaporizer pens (vapes) has changed the smoking industry as a whole. The younger generation of smokers realizes the severe health consequences of smoking cigarettes, resulting in a dramatic shift towards a less harmful way to smoke.

How Is Vaping Different from Smoking?

Though both vapes and cigarettes are methods of smoking the tobacco plant, vaping is significantly healthier than smoking cigarettes. According to an article published by Johns Hopkins Medicine, there are more than seven thousand chemicals, most of which are toxic, in commercial cigarettes. Vape pens do not have nearly as many chemicals in them, already making them a healthier alternative to smoking.

The main difference between the two, however, is the mechanics of the vapes. Regular cigarettes contain tobacco, nicotine and other chemical substances, which is then rolled into a paper with a filter. When you light a cigarette you are inhaling the smoke through a small filter, directly into your lungs. Vapes, or e-cigarettes, heat the nicotine and flavorings within the pen and convert it into water vapor, which you then inhale. In short, you inhale water vapor with vapes and smoke with cigarettes. Which sounds healthier to you?

Smoking is a costly habit especially for seasoned smokers who go through a pack or two a day. Most packs of cigarettes range anywhere from $8 to $13, which can set a cigarette-smoker back thousands of dollars every year. Vaping kits (a battery, charger and, usually, one cartridge) can range anywhere from $15 to $25. While this might not seem like the cheaper option it is important to note that vape cartridges last longer than a pack of cigarettes. Smoking two packs of cigarettes a day comes out to about $20 per day whereas for the same price you could smoke the same vape cartridge for multiple days.

Additionally, the battery portion of the vape is a one-time purchase. Once you purchase the vape pen battery you only need to purchase the tobacco cartridges for a few dollars as needed. It has been found, on a yearly basis, vape smokers actually spend less money on their habit than regular cigarette smokers.

Vape Cartridges Come in Different Flavors, None of Which Are Tar Flavored

Vaping simply tastes better than cigarettes and also omits little to no-odor. Have you ever been sitting outside or walking through a park when all of a sudden you get a nose-full of cigarette smoke? Have you ever gotten frustrated trying to find a designated smoking area? Have you ever wished you could go for a smoke break without returning smelling of an ashtray? Vaping solves all these problems!

Because vapes omit water vapor and have flavoring infused with the tobacco in the cartridges, you don’t need to worry about the smell or nuisance of smoke. This means you can smoke in public without the disapproving looks or cigarette odor clinging to your fingers and clothes. The vaping cartridges also come in many different flavors that actually taste good and don’t leave your mouth tasting of tar.

If you live in the Denver or Littleton area of Colorado and want to give vaping a try, check out Hype Vapes.

No photo uploaded yet.